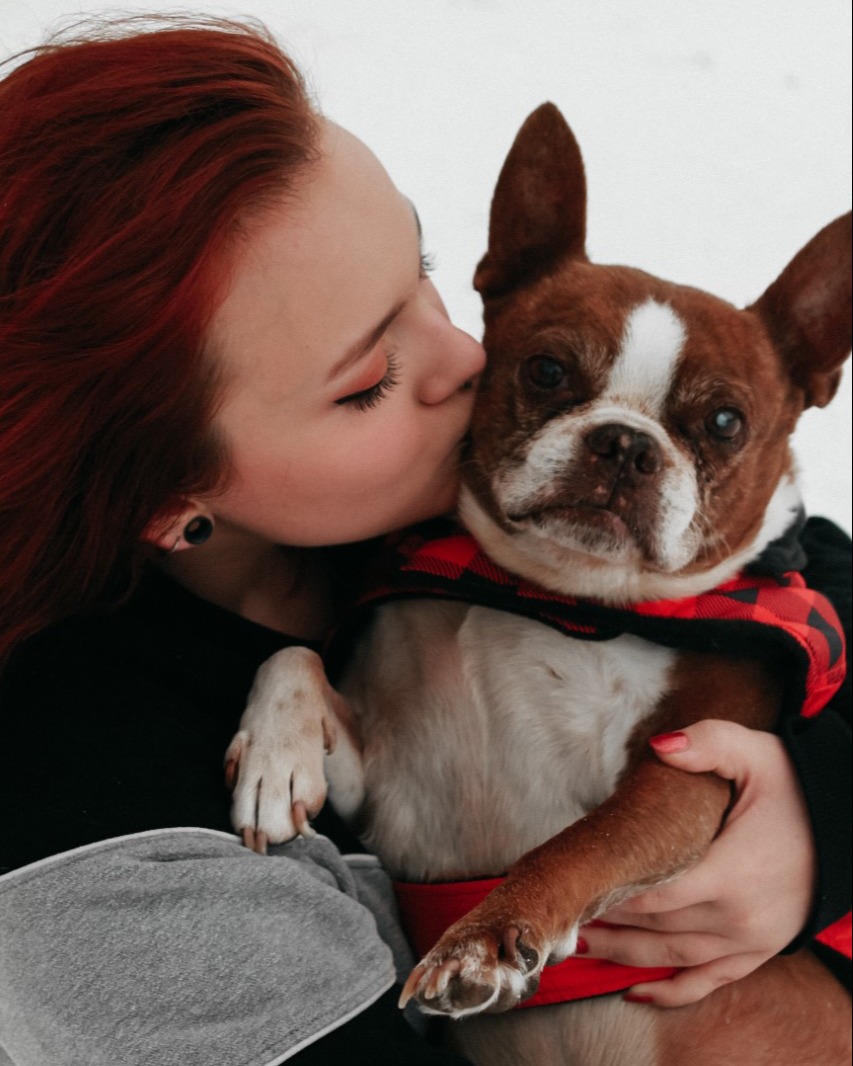 Copy the text below and then paste that into your favorite email application.

Harley was born in Farmington Missouri around 2005. Not much is known about his early life, but we do know he lived a very full 17 years. In 2016 he was rescued from a person who accused him of eating his chickens. If you knew Harley, you know he wouldn't even chase a rotisserie chicken. When we heard his story we drove 2 hours to go pick him up and bring him home. This was the start of an unbreakable friendship. Something we learned early on is that he wasn't very good at being a "normal dog". He never showed interest in toys or other dogs, and he always insisted on being carried home on walks. We didn't know he could bark until about 6 months in when someone knocked on the door and spooked him. He may not have been good at being a "normal", but he was for sure the best boy. For the 7 years we had him, that time was filled with many midnight snacks, snuggles, and lovies. He will be dearly missed by many, but he is where the best boys go now. Rest in peace sweet gargoyle.